I stepped down from the plane into American soil a bit weary but completely awake. The flight was fully booked and, despite having more leg room than I expected, sitting for a flight of around twelve hours still took its toll. My legs felt odd from all that sitting. The whole flight I tried to minimize my trips to the toilet as I did not want to irritate/inconvenience the couple sitting beside me; I should not have taken a window seat. But given the circumstances of my trip, I don’t think I’d have a choice other than the window seat. After all, this flight was only booked around a week back.

(Author’s travel note: When taking flights, the window seat is cool if the flight isn’t too long and the cruising altitude isn’t too high. Otherwise, there won’t be much sight-seeing and you’re better off taking an aisle seat. For toilet breaks.)

This story actually starts last October, during a particularly tiring week though not one completely devoid of fun. That was the week our office held its Halloween celebrations. Tired from leading our area’s decorations for the event, I ended that Friday sleeping on a sala sofa. I woke up at around dawn feeling a bit refreshed and took a bath. Afterwards, I checked my email and found an unread item from an “@google.com” email address. I shouted my surprise/amusement and caused my mother to panic.

By now, I’ve told the story countless of times already. Long story short, Google flew me to Mountain View for a job interview during the last week of February. I did not get in but I remember making a new year’s resolution last year and I’m amused to find out that I managed to eke out something akin to what I expected within a year.

I went alone, which is more or less my idea of travel, in contrast to tourism. I’ve experienced the kindness of strangers and talked to some really smart people. This experience is definitely one for gratitude.

During my first night, I happened to ride a taxi driven by a Vietnamese guy. We had a little chat wherein he learned why I’m in America. He was very thrilled for me in the same manner the people back home were very thrilled. He kept wishing me good luck while reminding me what privilege this is. I have not traveled much but I can’t help but think that had I been with a large group, the conversation would not have taken place.

My first order of business upon arriving at the hotel was to procure some dinner. I wanted to eat American food until I realized that America’s common foods are items I can easily buy back home: pizza, hamburger, fries. I loaded up Google Maps1 and decided on a Mexican place seemingly a walking distance away from my hotel.

(Author’s note: America’s foods did not come from America. Pizza is Italian. Hamburger is German. Fries is French. Totally a melting pot, America is.)

At this point I need to backtrack a bit in this woolgathering. I took my undergraduate degree in UP-Diliman, which has a campus larger than The Vatican. During my undergrad, I used to walk the distance from our department to the University’s exit. According to Google Maps, the shortest path from those two points, is 1.8km, roughly 1.12 miles. This should tell you what distances do I consider walking distances.

I started walking towards that Mexican place. I was wearing city shorts and sandals, which is what I’d wear for any hike in the Philippines, which is also mistake number one. California, you see, is biting cold. I’m aware that it is that part of North America closest to the equator but it remains way colder than the Philippines. Thankfully, I had the sense to keep my hoodie jacket on my person.

A few street crossings2 passed and I noticed that the Mexican place I intend to eat in is still nowhere in sight. At this point, every bit of exposed skin I had was numb and I started to marvel at how I took the number of food stops in the Philippines for granted; in the Philippines, you’d be hard pressed to find an urban stretch of several meters where there isn’t even a single stop selling any kind of food. I consulted Google Maps again, to make sure that my bearing is correct (it is) and that’s when I realized that the Mexican place I am trying to get to is 0.9 miles from the hotel.

I’m pretty sure my body language was shouting “TOURIST” during my first night, a body language expression that did not change for the length of my stay. With the cold biting at my skin, I began to wander in open establishments for some warmth and to maybe decide on alternatives to the Mexican place I’ve set as my destination. I happened into an amusing cross between a convenience store and a wine cellar clerked by an Indian man, judging by his turban. I did not stay long inside but, as I left the premises, the clerk followed me outside just to ask if I’m okay, not lost or what. After assuring him that all is fine (without, of course, conceding that I am a wondering wanderer), I finally decided to skip the Mexican place and just dine on pizza for my first night.

(Author’s note: Google Maps lists an establishment’s operating hours. If you are planning to visit any place at unsure hours, this is worth a check.)

The duration of my stay was only around four days. I did not go that far since I do not know how to estimate transportation costs. And yet, I’ve explored quite a lot. Did you know that Mountain View has a cozy public library? It’s been my dream of sorts to visit libraries in different places and Mountain View’s is a nice bonus first.

There’s this place in Mountain View—Castro Street—which earned my fondness the first time I went there. That small strip of space felt so me. In the ubiquity of American food even in Philippine soil, I began looking for Asian food and it was there3. It had two book stores, Books Inc. and BookBuyers, which both looked so cozy it’s a shame we’ve had so short a time together. It had a Taekwondo gym, and is near Mountain View’s Center for Performing Arts as well as the public library I’ve been raving about.

When my recruiting coordinator at Google informed me (via phone call) that I did not make it, she was apologizing that I bothered to take so long a trip for nothing. I wanted to tell her that it was fine, I enjoyed, and that the opportunity itself is a rewarding experience in so many ways. And it is. Until next time, I guess.

Thrilled and grateful as ever, as usual. ~Chad 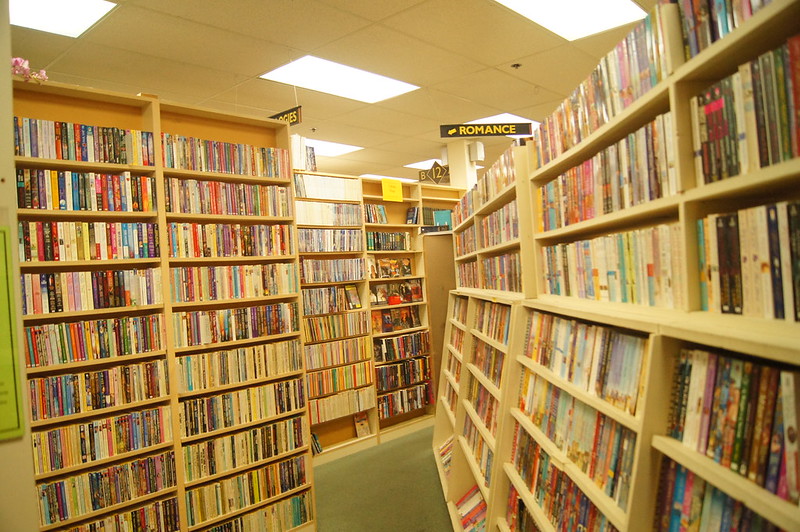 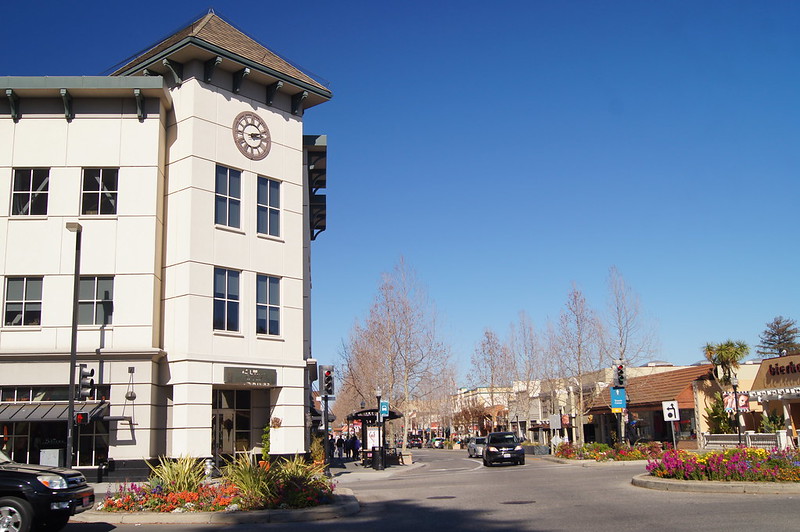 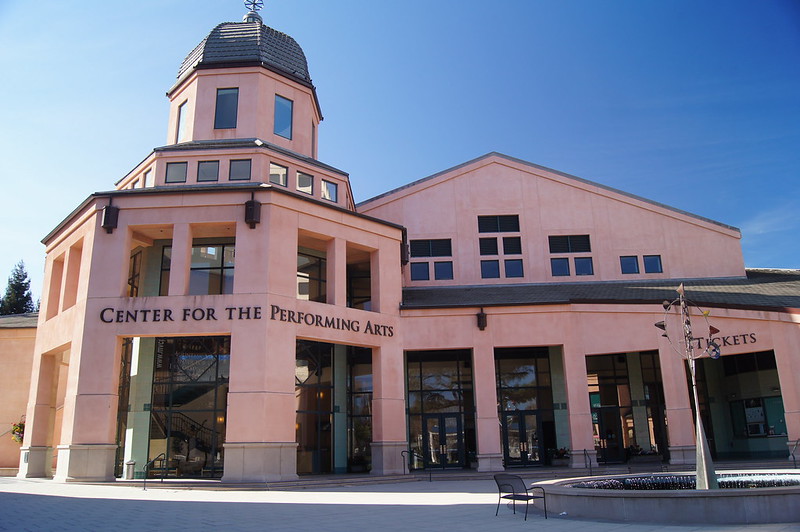 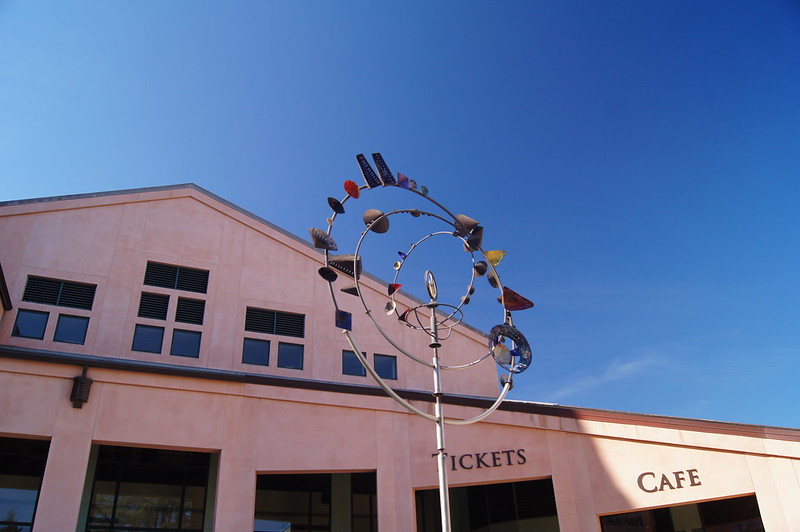 One thought on “You Know What’s at Mountain View?”